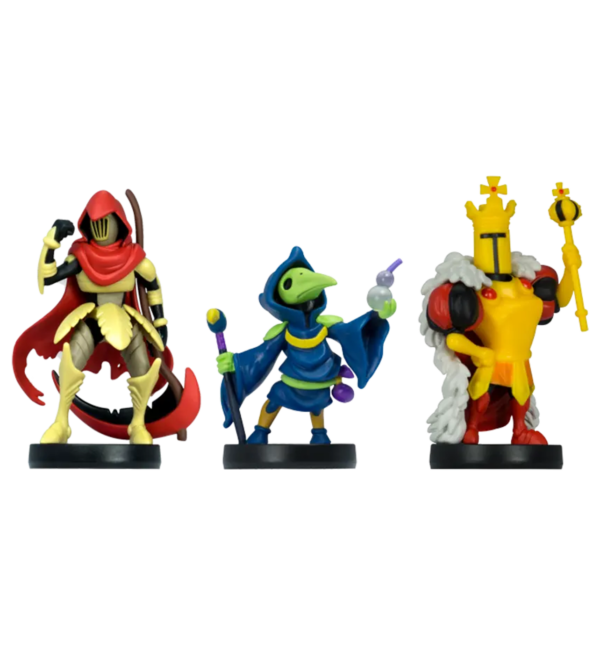 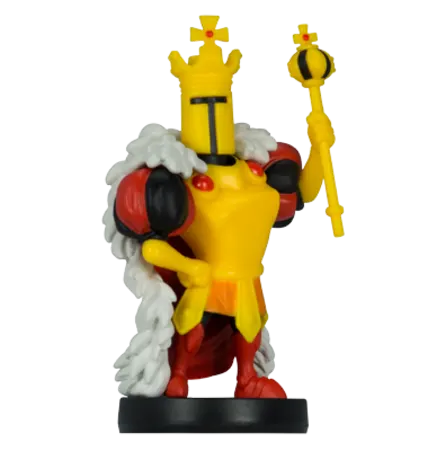 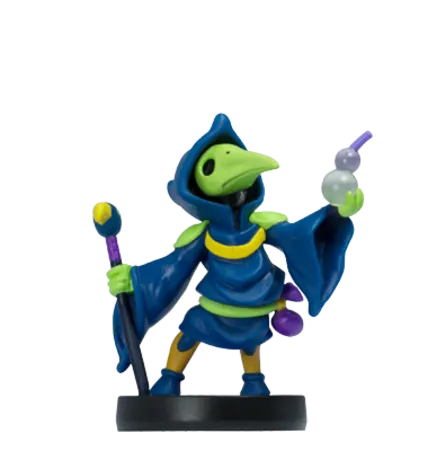 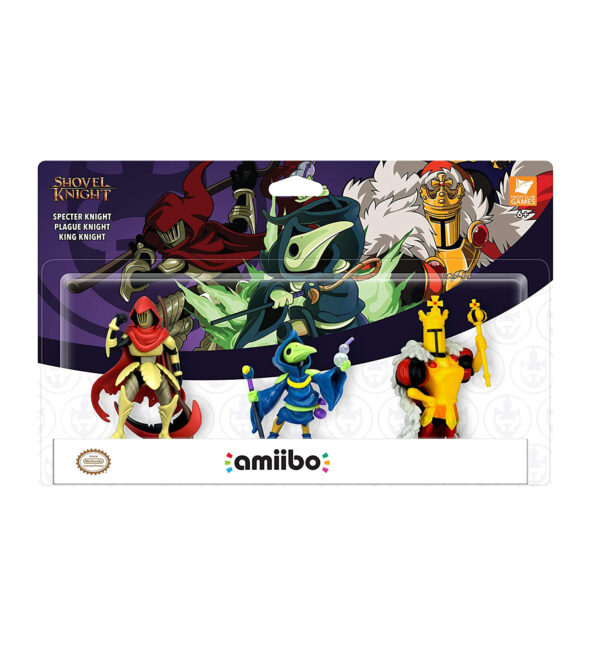 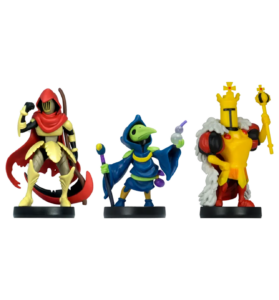 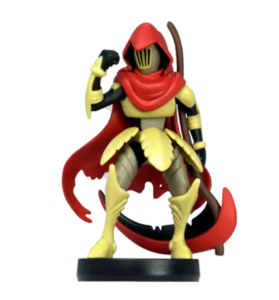 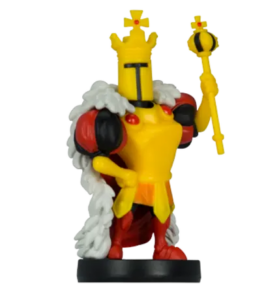 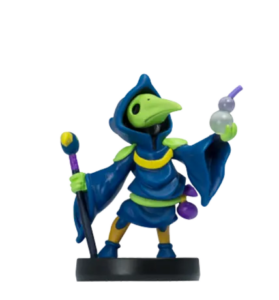 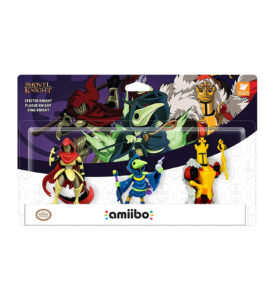 Specter Knight
In life, Specter Knight was a cruel and cunning warrior. And although his blood is now icy cold, he is no less formidable as a phantasm. The most begrudgingly loyal knight of the Order, Specter Knight follows the Enchantress only because she is capable of magically extending his undeath. Clutching a grim Scythe in his shriveled claws, Specter Knight commands his weapon with uncommon cunning… and his next target is Shovel Knight.

King Knight
King Knight isn’t a king, he is a king-themed knight. But that doesn’t stop him from making decrees! As the lord defender of Pridemoor Keep, he commands a formidable army of minions. Experienced with repelling invaders who dare try topple his malevolent monarchy, King Knight is a master of single combat. And because he’s dressed to the nines at almost all times, he’s always ready for a brutal coronation!

Plague Knight
Sometimes, the bomb is mightier than the sword. Deep in the recesses of his alchemical lab, Plague Knight perfects concoctions both poisonous and explosive. Toxin, disease, and death are his playgrounds. Even his comrades give Plague Knight a wide berth, because he spreads more than just the common cold. With an array of mysterious and magical bottles at his side, Plague Knight could be considered the black sheep of The Order of No Quarter.